In my early years as an aspiring writer, I was often told to “write what I know”. This seemed like good advice to me, but there was one problem: “what I knew” was a rural countryside in which nothing seemed to happen, where the biggest piece of news was what someone had for dinner that day. I spent my entire childhood and early adulthood in this place, and I had never left it for more than a week before going off to university. And so I had a problem: I could draw off of this setting, certainly, but how would I ever be able to make it interesting? Nothing interesting ever happened in my town.

I have struggled with this problem for most of my life while writing. Sometimes, I tried to write about different things, things that were much more interesting than my hometown or my life in it, but this kind of writing seemed… false, somehow. Other times, I dutifully tried to “write what I know”: I wrote stories based on my hometown, or based on the lives of those who lived there– but when I finished these stories, they seemed dull and lifeless. And so there seemed to be no escape from the problem that haunted me: I either wrote interesting stories that rang false, or “true” stories that were totally uninteresting. 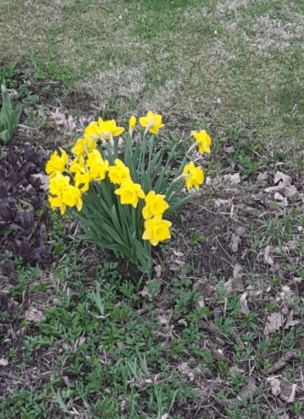 As a result of this problem, I began to resent my hometown during my young adulthood. I felt that my home had limited me as a writer. How could I ever write interesting stories, when I had grown up in such a stagnant and empty place? How could I hope to be inspired by such a location?

I wasn’t able to answer these questions – or resolve my frustration – right away. Instead, I took a small break from writing when I was about 19. During the summer of that year, I considered traveling to try to gain experiences from other places. This seemed like a good idea to me at the time – if my own experiences weren’t interesting, why not get some new ones?

But I didn’t do it. Instead, I stopped worrying about writing for a while, and (perhaps most importantly) I made the decision to really try and immerse myself in my hometown. And so that summer, I made a sincere attempt to try and appreciate the environment around me. I spent hours outside, every day, simply walking around and enjoying the outdoors. I helped out in the community and got to know those around me better. I relaxed and enjoyed the quiet beauty of the countryside. And suddenly, I discovered that the place where I had lived my entire life did have something to offer to me as a writer.

When I picked up writing again a few months later, I tried once more to draw off of my rural experiences. And when I was done writing, my new story didn’t seem boring to me – it was full of life. The characters were more complex: they were driven and emotional, rather than dull. The beauty of the countryside seemed to be reflected in one of my stories for the first time. “Nothing happened” in the story, and yet there was always something going on just underneath the quiet surface.

It wasn’t a perfect piece of writing (or even a particularly good one), but for me it was the best I had ever written. I had finally solved my unsolvable problem: I had drawn off of my experiences living in a rural location, and the result wasn’t painfully boring or pointless. For the first time, I felt that I could finally move forward and “write what I know” in a way that was actually interesting. And during this process, I had come to truly love the place that I grew up in.

I could have decided to travel in that fateful summer – and it probably would have benefitted my writing – but instead I chose to give my hometown a chance. And that decision has been the best one I’ve ever made. So if any writer or artist is feeling limited or frustrated by the places (and especially rural places) they’ve lived in, I would tell them to do what I did: give your town a chance. Immerse yourself in it, find the beauty in the emptiness, and really get to know the people that live in it. This approach might not work for everybody, but who knows? It might just be able to jumpstart your writing, or else cause you to fall in love with the world around you.

Or, if you’re like me, it could do both.

View all posts by oaradmin

Ottawa Arts Review (OAR) is the official English-language literary and visual arts journal of the University of Ottawa. It is a not-for-profit publication, established, managed and produced by student and alumni volunteers who wish to promote and encourage the appreciation of both literary and visual art in Ottawa. Ottawa Arts Review gives an equal voice to local, Canadian, and international artists, cultivating a vibrant and positive setting that facilitates creative exchange between emerging and established artists alike.